State Superintendent for Public Instruction Tony Evers has registered as a possible Democratic candidate for governor but tells the Wisconsin State Journal he is still undecided about running. “I look forward to making a final decision in the near future,” Evers told the State Journal.

If Evers runs, he would be the only Democratic candidate for governor that was successful in a statewide race. That success in an increasingly Republican-controlled state is what has attracted Democrats to a possible gubernatorial campaign by the 65-year-old schools superintendent.

Evers was just re-elected to a third term in the Spring election, easily defeating Lowell Holtz, 70 percent to 30 percent. Holtz and another candidate in the race John Humphries, traded accusations over a proposed deal to support each other after the February primary. The controversy severely damaged both campaigns.

According to the Wisconsin Democracy Campaign, a leftwing organization that tracks campaign finance issues, Evers spent $553,000 in his re-election bid while Holtz only spent $143,900. The Greater Wisconsin Committee also spent $225,270 on Evers’ behalf.

According to the Capital Times, Evers currently has on hand $28,185.

Evers has been critical of Governor Scott Walker’s Act 10 reforms and even signed the petition to recall Walker in 2012. Act 10 was passed by the Wisconsin Legislature in 2011 to end collective bargaining over benefits and work conditions for public employees. According to the MacIver Institute, Act 10 has saved taxpayers over $5 billion.

Evers blames Act 10 for a perceived teacher shortage in Wisconsin. However, research showing that the shortage is worse elsewhere and Act 10 had no effect.

The schools superintendent also has complained about school districts competing for better teachers. “In addition, especially in this part of the world, and I know you don’t want to hear it, after Act 10, the ability of districts to poach other teachers,” Evers said at Wisconsin Public Education Network conference in Wauwatosa according to an article in Watchdog. “I know that, probably I’m sure that, others don’t want to hear it as poaching. It’s the wild west out there.”

On school choice, Evers has repeatedly claimed there is no evidence showing students who received vouchers to attend outperformed their public school peers, despite studies that contradict Evers’ claims.

In a statement to RightWisconsin, the Republican Party asked if Evers would match businessman Andy Gronik’s promises to undo Act 10 and spend more on teacher benefits than even former Democratic Governor Jim Doyle.

“If Tony Evers wants to run for governor, he needs to make clear where he stands on the early litmus test of this Democrat primary: whether to go further in empowering the big government special interests than even the administration of Gov. Jim Doyle did,” the statement read. “With already $5 billion in savings for taxpayers from Gov. Walker’s reforms, will tax-and-spend Madison liberal Tony Evers support having state employees pay nothing toward their benefits?”

If Evers runs for governor, he will certainly be criticized for a lack of willingness to address the problem of failing schools in Milwaukee. According to the 2016 school report cards, over 24,000 students attended the 42 schools in Milwaukee Public Schools that received a grade of “fails to meet expectations,” the lowest grade possible. 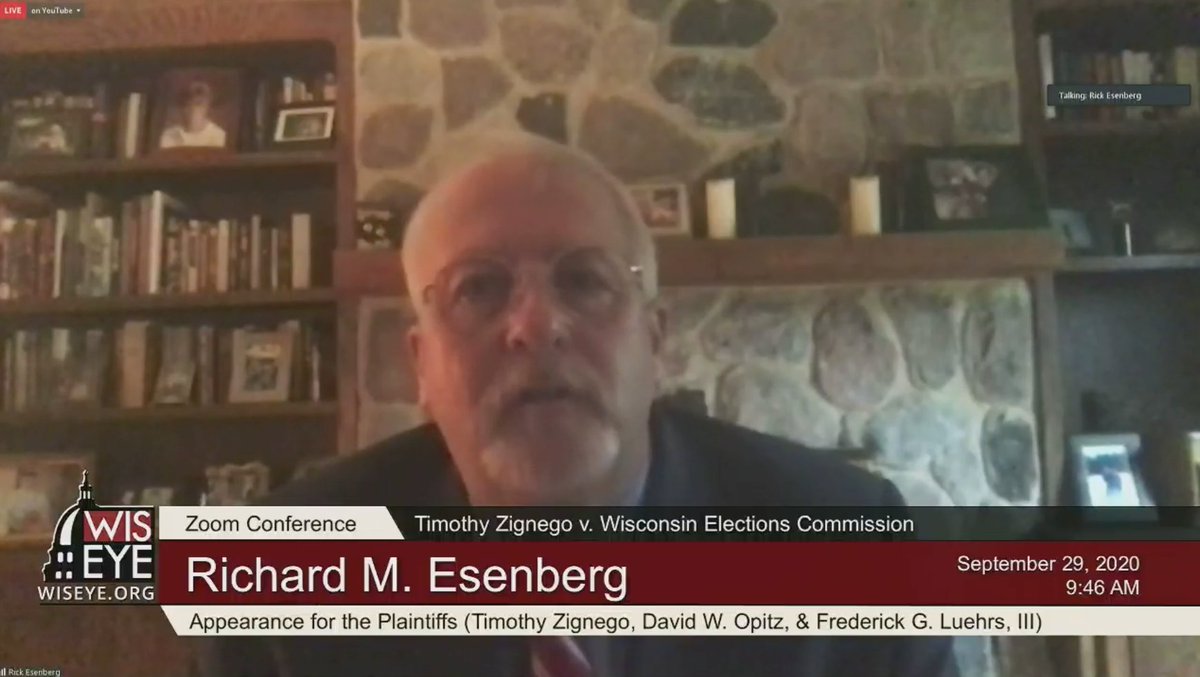 WILL @WILawLiberty
29 minutes ago
Coming up in just a few minutes!

WILL @WILawLiberty
WATCH: WILL President @RickEsenberg will argue before the Wisconsin Supreme Court this AM in Zignego v. WEC. WILL sued @WI_Elections after state agency ignored state law and refused to clean up voter rolls i 2019.

WILL @WILawLiberty
2 hours ago
WATCH: WILL President @RickEsenberg will argue before the Wisconsin Supreme Court this AM in Zignego v. WEC. WILL sued @WI_Elections after state agency ignored state law and refused to clean up voter rolls i 2019.

WILL Retweeted · A.J. Bayatpour @AJBayatpour
18 hours ago
Just spoke with Lucas Vebber, Deputy Counsel for @WILawLiberty, who says, "We certainly believe people can and ought to be responsible and take reasonable precautions but the presence of COVID-19 in Wisconsin, that's been here for six months, does not negate the rule of law."
View on Twitter
3
0