Scott Allen Votes No on the Budget Due to PFA Provision

The Good, the Bad, the Ugly

Overall, this was a good budget, on which I wanted to vote yes.

Eliminating Taxes: Eliminating the Forestry Mill Tax, or statewide property tax, will save taxpayers $181 million over the biennium. Eliminating the state property tax is an important indication to employers and families that Wisconsin is serious about alleviating tax burdens. Much of the Personal Property Tax, including taxes on machinery and tools, was also eliminated, saving small business owners the headache of completing annual personal property tax reports for typically small dollar amounts.

Historic Tax Credits: The Credit is one of few that actually results in a net tax increase to the state. From 2014-16, more than 15,000 full time jobs were created from construction and operations activity. Budget language now includes a $5 million per parcel cap. That means that more projects will qualify for the tax credit, leading to greater economic development statewide, rather than a few large projects consuming available funds.

Right to Rent: Traditionally, home ownership encompasses a bundle of rights, such as the right to possession, legal title, mortgage, sell, lease, or rent. Unfortunately, many communities had prohibited home rentals. This put a tremendous economic strain on homeowners of vacation properties like cabins or lake homes. Right to rent reasserts the rights of homeowners while still providing local regulatory control.

Education: The budget increases state aid to school districts by $639 million. It awarded $23 million more in aid to low-spending school districts who have been fiscally responsible with taxpayer dollars. The budget also expands access to School Choice Programs by increasing the family income threshold to 220 percent of the federal poverty limit.

These are just a handful of many good things incorporated into the budget.

I-94 East-West Corridor: The project was not enumerated. Without the enumeration, we have potentially wasted the millions of dollars already invested in the project. It could have been enumerated without an appropriation.

In challenging times people and governments take actions that seem logical at the time but in hindsight may not be considered wise. It seems that such an action was taken in 2009 when the legislature acted to form the Public Finance Authority (PFA).

What is ugly about this budget is that rather than curbing the authority of this so-called political subdivision the budget, in a non-fiscal, policy item, greatly expands the authority and works to remedy PFA’s problems with the Internal Revenue Service. The obscure provision of the budget has been largely undetected by the public or by legislators. It has gained no attention, no debate, and no public scrutiny. It is yet another example of the need for budget transparency (see AB 448).

The PFA is supposedly a “local” unit of government created through a cooperative agreement of five Wisconsin counties and one city. As a local unit of government it has IRS authority to issue tax-exempt bonds. While most local units of government that issue tax-exempt bonds do so for the benefit of their local community, the PFA issues bonds for projects throughout the United States and, potentially, internationally. In fact, since its creation in 2010, only 5.9 percent of the bonds it has issued were for projects located in Wisconsin. And since 2010, only 2 of the 14 Wisconsin projects funded by bonds issued by the PFA were within the boundaries of the six founding local units of government that cooperated to create the Authority. Why would a local economic development authority focus only 8/10ths of 1 percent of its efforts in its own local jurisdiction?

While it has been suggested that the original impetus behind the PFA was to add another low-cost bond issuer to the Wisconsin marketplace, an alternative to WHEDA, to foster greater economic development – again introduced during a time when we were starving for economic development – in reality the impact on Wisconsin’s economy is questionable. This Authority has no employees, none, zero, and yet it has generated over $8.3 billion in bond issues since 2010. All the work of the authority is done through subcontracts and much of it by out-of-state service providers.

Recently, the IRS has challenged the “local government” moniker used by the PFA to issue debt across the nation, which is why the PFA is knocking on the door of the legislature. The existing statutes do not specifically empower the PFA with any of the three criteria that the IRS holds: taxation, police power, or eminent domain. This budget contains language to grant PFA the power of eminent domain to give the statutory language they need to defend themselves with the IRS. The representatives of the PFA selling this motion to the legislature verbally assert that those powers would only exist within the geographical constraints of the founding communities (5 counties and 1 city) and that, oh, they would never use them.

The question I posed to those same representatives is how, specifically, does the work of the PFA benefit the citizens and taxpayers of the State of Wisconsin and of the 97th Assembly District. I’m still waiting for a good answer.

When asked “what is the public purpose of the PFA,” I was told economic development. Yet the economic development generated by PFA’s work is mostly happening outside of the state of Wisconsin and outside of the boundaries of the “local” jurisdiction of the PFA itself. Only 1.9 percent of the total debt issued by PFA has been for Wisconsin projects. An instrumentality of the state must serve a public purpose. To me that means the vast majority of its work should be for the public good, not a paltry 1.9 percent.

If there is value in a public finance authority, then it is appropriate that we examine it carefully in the context of experience and we revisit the mission to ensure benefits to the citizens of Wisconsin. We should not be broadening its powers until its results and processes are examined. I ask the Speaker and the Joint Legislative Audit Committee to order an audit of the PFA.

I voted no on an otherwise good budget because good government is more important than a good budget. 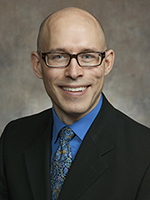 WILL Report Clears the Air on Pollution in Sheboygan County

Occupational licensing reform in Wisconsin should be bipartisan issue