Founded in Milwaukee, WI in 1903, Harley-Davidson is as intertwined with the Wisconsin culture as Miller beer, cheese curds, and the Green Bay Packers. Last week, Speaker Ryan made a pit stop at Harley’s Powertrain Operations facility in Menomonee Falls, WI (just outside of Milwaukee). Harley is also one of the many American companies being handicapped by our current tax system.

Like many American companies, Harley competes on a global stage. Two of its competitors, Triumph in England and BMW in Germany, are taxed at 18 percent and 24 percent respectively. Harley is essentially handicapped against its competitors with a statutory tax rate of 35 percent. Pro-growth tax reform that significantly lowers that rate will not only make American companies more competitive, but will raise wages and create more jobs.

Here are seven photos from the Speaker’s recent pit stop in Menomonee Falls, where he toured the facility and spoke with Harley’s executive leadership team about how tax reform can help make companies like Harley more globally competitive.

1.   The Briefing – At the start of the facility tour, Speaker Ryan is briefed on which parts of the assembly process are completed at the Menomonee Falls location. 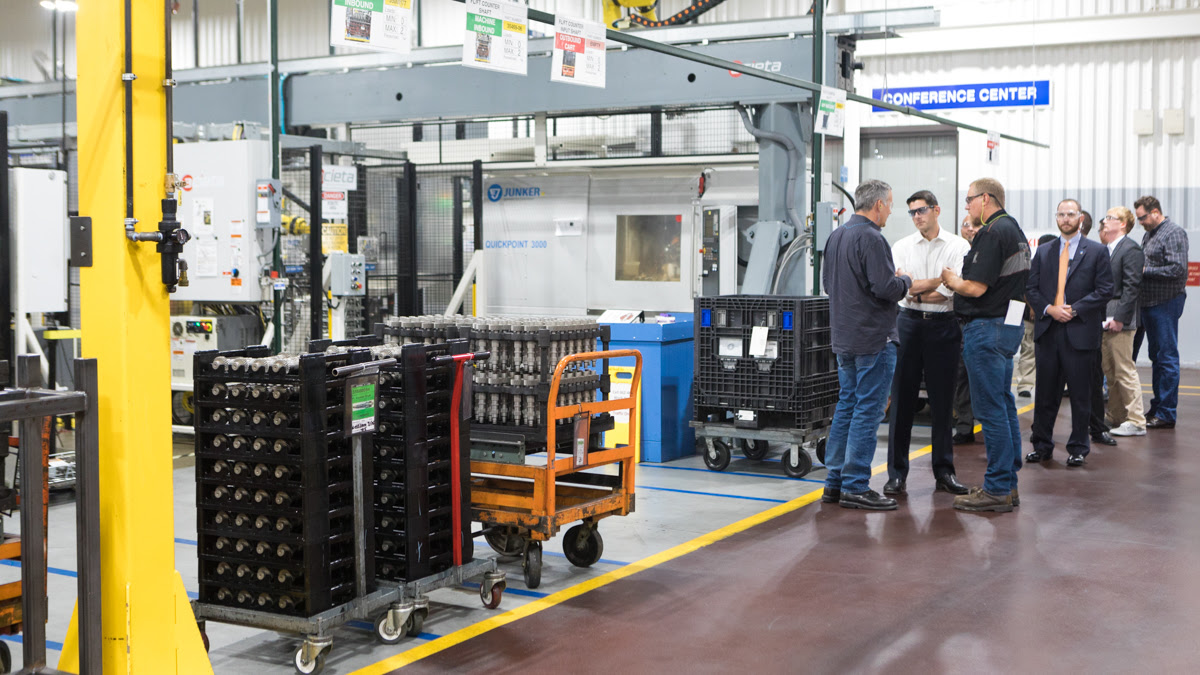 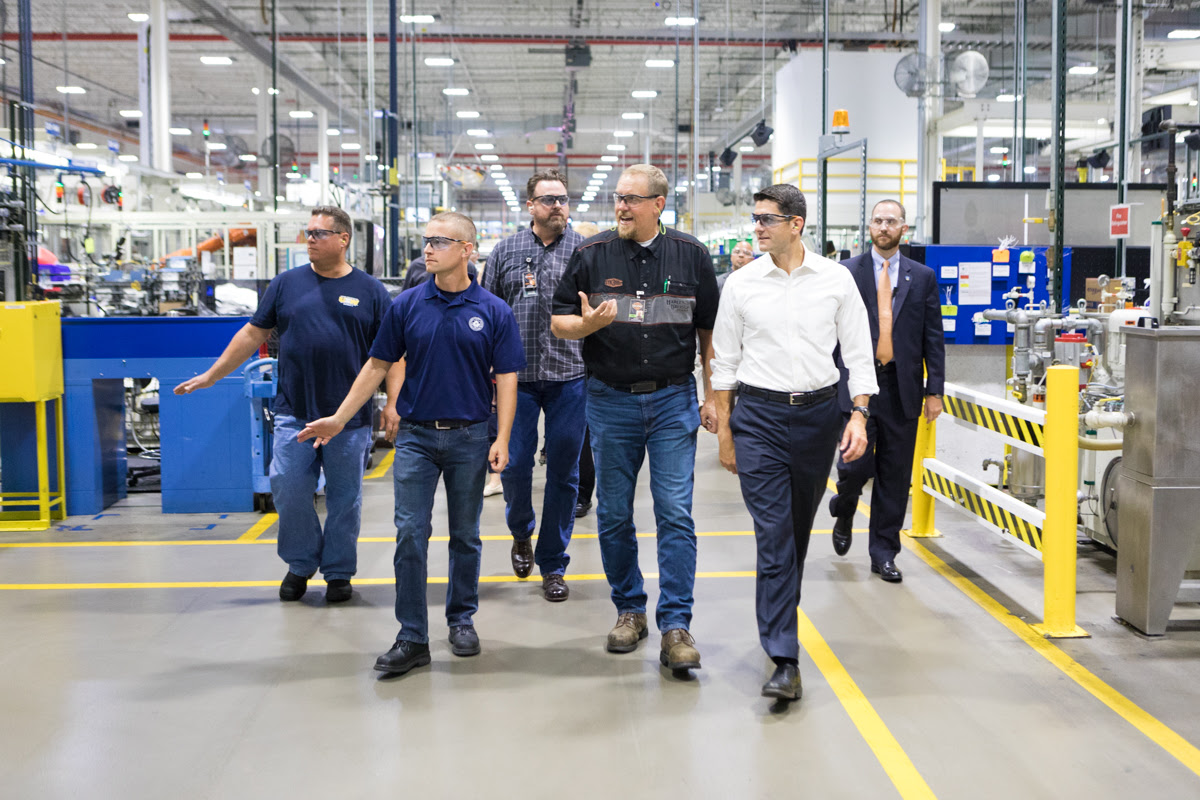 3.   The Assembly Man – While on the tour, Speaker Ryan stops to talk to a factory employee about his role in the engine assembly process. 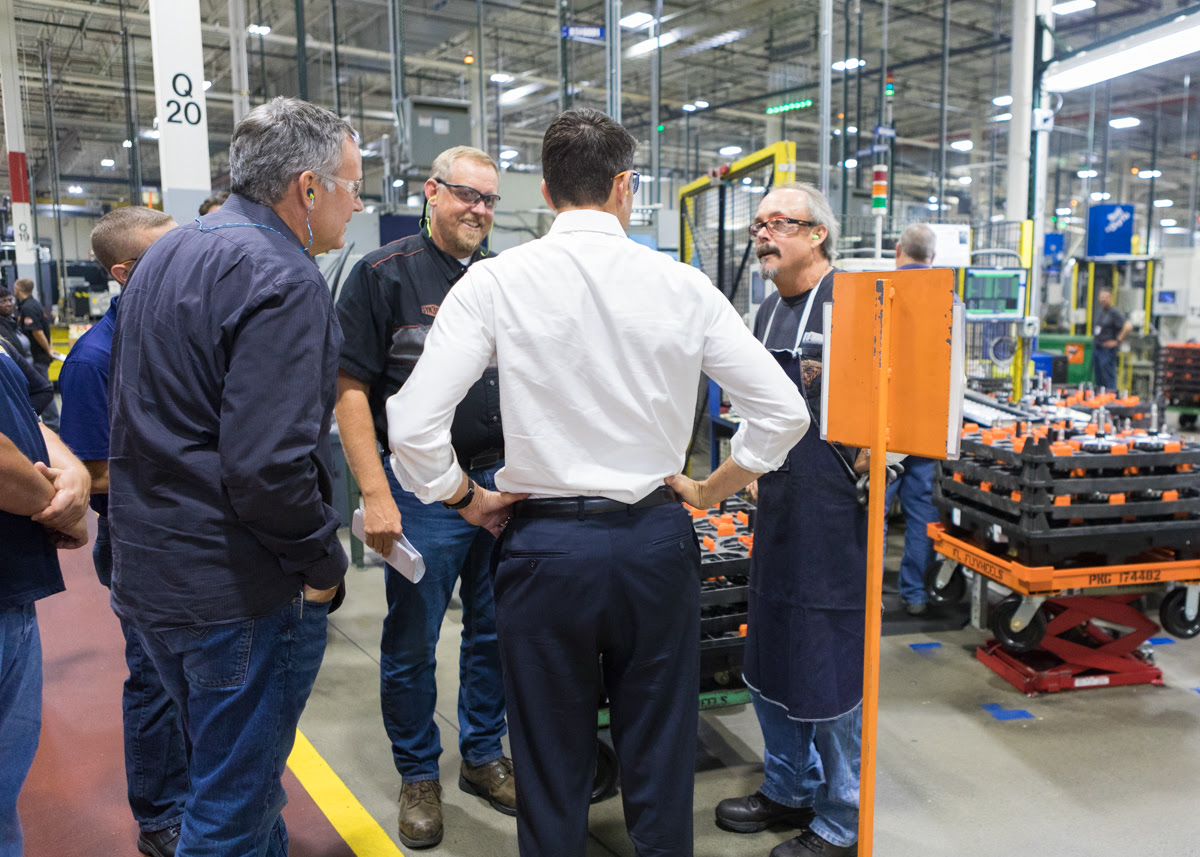 4.   The Automated Arm – While watching an automated assembly process, Speaker Ryan asks a question about the programming of the assembly arm. 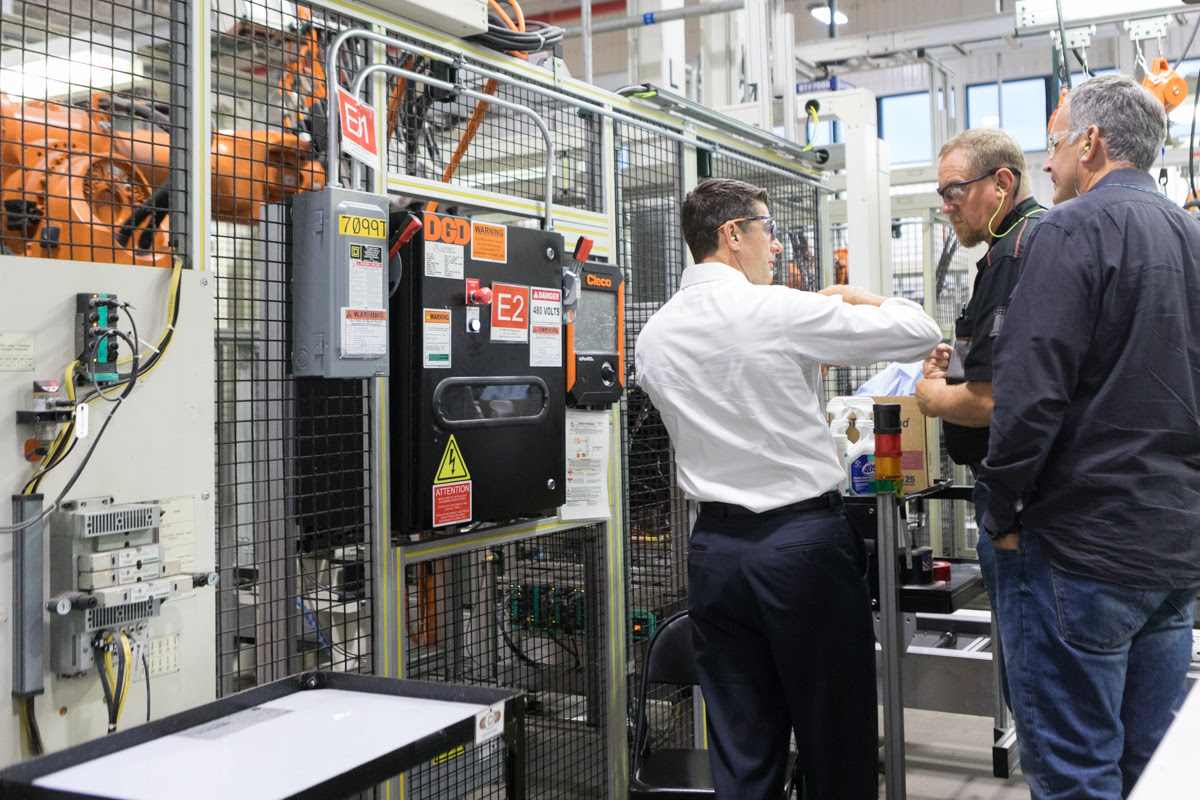 5.   The Next Steps – At the end of the tour, Speaker Ryan learns about the next steps in the assembly process for the completed engines and transmissions. 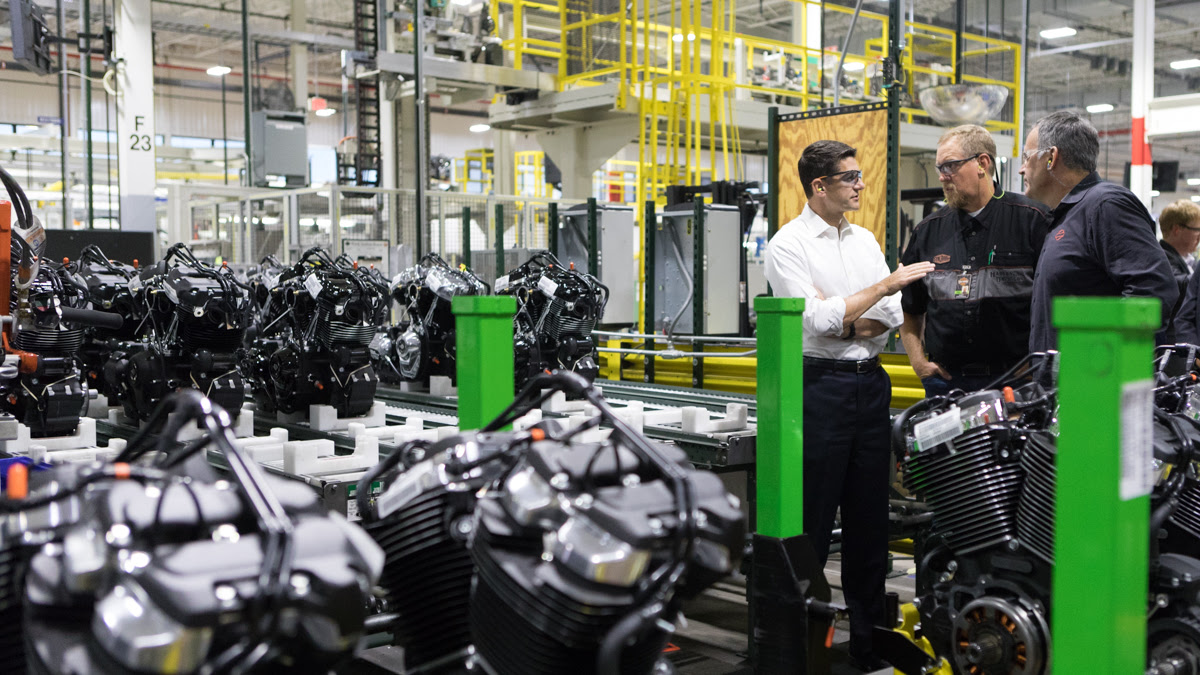 6.   The CEO – Harley-Davidson President and CEO Matt Levatich shows Speaker Ryan the features on one of the new edition Hogs. 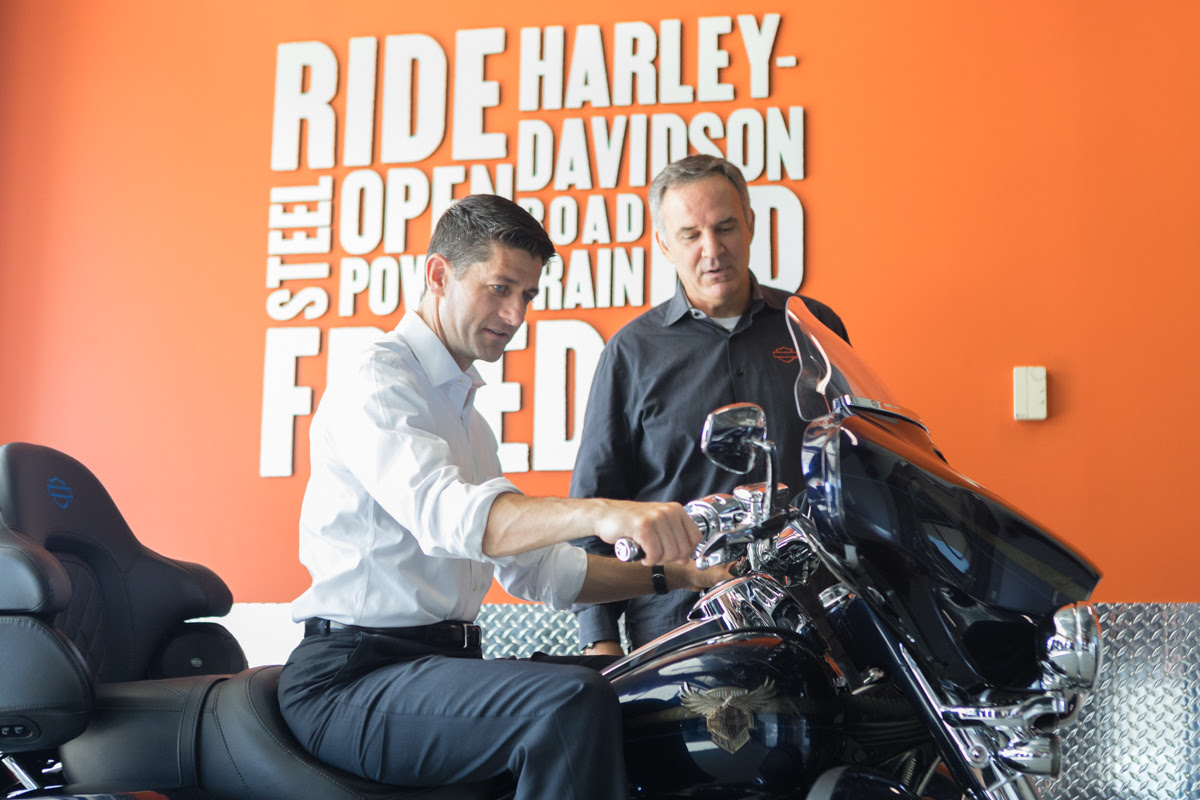 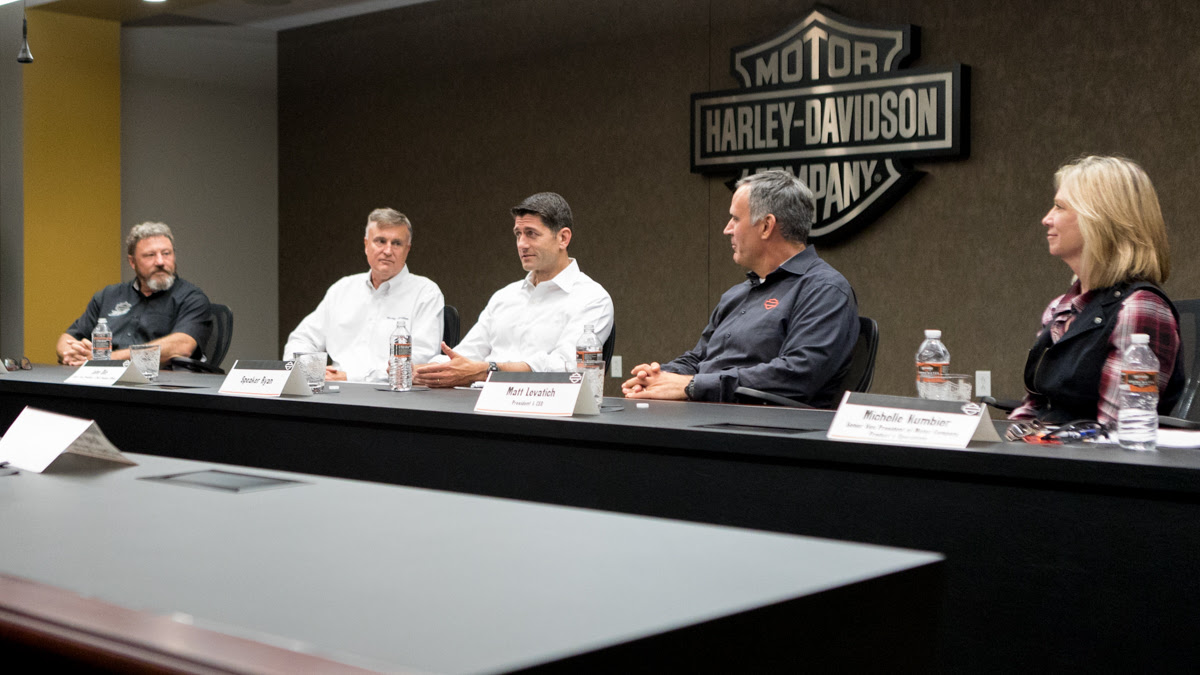 Letter to Legislators supporting the elimination of energy efficiency exemptions