Zero-Based Budgeting Would Pull Back the Curtain on Spending

One hundred and thirty-two elected officials vote on the state budget, but not every dollar of the $76 billion spent is justified to the public. In fact, the majority of state spending is hidden in the ‘base’ of the budget. What legislators discuss during budget debates centers largely on the adjustments to the base – usually how much should the legislature increase the funding for each government program. This most recent budget increased spending by a whopping $3.2 billion without questioning the base budget of each agency.

Every day, families and businesses are forced to hand over a percentage of their earnings to pay for government at all levels. As elected officials, we must more judiciously apportion the scarce and precious resources funneled to government by taxpayers – just as families and businesses must make the tough choices in their own budgets. Unfortunately, the current system in Wisconsin does not default to a close examination of the largest portion of the state budget – the base.

In June, I introduced a ‘Zero-based Budget’ bill with Representative Rob Hutton, R-Brookfield, that provides greater transparency and enables the legislature to exercise its oversight function within the state budget process. Under this legislation, each state agency will have to review how all of their dollars are spent and justify those expenses against the agency’s core function to the legislature. This will finally allow lawmakers to examine the goal of each program in order to determine the best use of taxpayer funds.

Currently, legislators do not receive the full picture when looking at expenses in our state’s budget due to the lack of in-depth analysis. Rarely does the Joint Committee on Finance (the panel of sixteen legislators appointed to evaluate the governor’s proposed budget) ask to dissolve unsuccessful programs or validate how agencies spend taxpayer monies because that information is not readily available.

This bill would require every state agency to submit a base budget review once every third biennium. The base budget review must include a description of all programs and activities conducted by each agency with justification of their spending for the preceding fiscal year. The aim of this exercise is to have agency heads answer the following questions: ‘Does this program and its services support and contribute to the mission of the department?’ and ‘Are the goals and objectives of this program effective and important enough to warrant the use of tax dollars?’

Far too often, once a government program is created it never dies and rarely is its existence justified in succeeding biennia whether it achieves its objectives or not. As President Ronald Reagan said, “No government ever voluntarily reduces itself in size. Government programs, once launched, never disappear.”

The ‘Zero-based Budget’ bill had a public hearing in August and I anticipate a vote out of committee and debate on the floor of the Senate in October. This commonsense, good-government reform would force government to act like families and businesses when setting their budgets. I will continue advocating for better fiscal responsibility and legislative oversight of your money – this bill would be a great start. 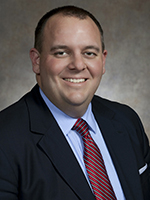