McAdams was suspended indefinitely by the university in 2014 after a post on his blog, The Marquette Warrior, criticized philosophy instructor and graduate student Cheryl Abbate. In a recorded conversation, Abbate told a student at the Catholic university she would not allow discussion of viewpoints critical of same-sex marriage in her class.

When McAdams’ blog post about the incident went viral, Abbate said she received a number of harassing emails, and McAdams was suspended. Following an investigation, a faculty committee issued a report in January 2016 recommending unpaid suspension for McAdams through the fall 2016 semester.

However, Marquette University President Michael Lovell added extra requirements before McAdams could be reinstated. McAdams refused to comply, effectively ending his employment at Marquette, and he sued the university to get his job back.

McAdams sued Marquette University, pointing to a clause in his contract that guaranteed academic freedom. A Milwaukee County Circuit Court ruled against McAdams, deferring to the judgment of the faculty committee. Attorneys at the Wisconsin Institute for Law and Liberty (WILL), who are representing McAdams in the case, appealed to the Wisconsin Supreme Court saying Marquette University should not be the sole decider of the meaning of academic freedom in McAdams’ contract as that would render the term “academic freedom” meaningless.

McAdams said his firing sets a dangerous precedent. “It’s pretty much a pure attempt to punish a professor for speech,” McAdams said. “Indeed, for an article that would pass muster by any journalistic criteria.”

WILL Retweeted · Briana Reilly @briana_reilly
36 minutes ago
The Wisconsin Capitol rotunda is filling up ahead of ⁦ @VP⁩’s planned remarks today in commemoration of National School Choice Week.

This is Pence’s second visit to the state this month. https://t.co/IoRVfNSywO
View on Twitter 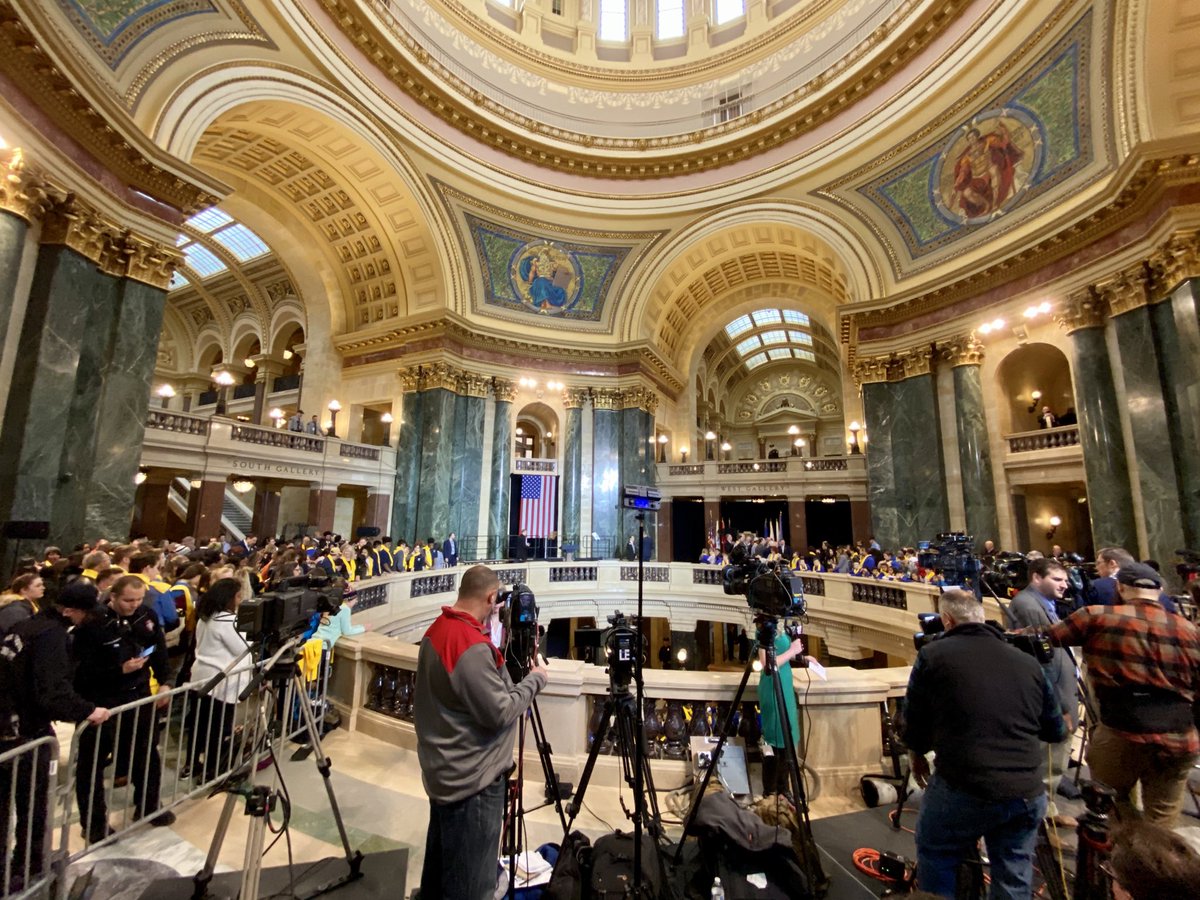 WILL @WILawLiberty
2 hours ago
We are thrilled to celebrate #SchoolChoiceWeek today at the Capitol in Madison with @vp @BetsyDeVosED and others.