A new study by the Wisconsin Institute for Law & Liberty (WILL) shows that increasing school funding may not help school performance, and increased spending on administration may actually lower student achievement.

“When it comes to spending on K-12 public schools, Wisconsin is at the point of diminishing returns and just does not receive a return on investment for children,” said Will Flanders, the research director for WILL. “The state should look at other options—such as increasing competition through choice and charter schools, both of which are drastically underfunded compared to their public schools.”

The study by WILL, Money for Nothing: The Relationship Between Various Types of School Funding and Academic Outcomes, looked at the relationship between test scores and the number of non-teachers in a school district, per pupil spending in a district, and teacher pay. The results suggest that more funding for public schools will not improve pupil performance.

“As other studies have shown, there is no statistically significant relationship between overall per student spending and test scores,” the organization said in a release on Tuesday. “In fact, when proper control variables are included, school districts that spend more per student have lower academic proficiency in both math and English.”

Teacher pay has kept up with inflation, with average pay for teachers similar to teacher pay six years ago when accounting for inflation. There is also no statistically significant relationship between teacher pay and student test scores.

The average school district’s employees are 40.4 percent non-teacher. The study also found 101 districts have at least 50 percent of non-teachers making up their employees. School administrators make on average 305 percent of the average teacher in their district.

GOP Challenges You to Play Democrats in Disarray

WILL Retweeted · Kevin Nicholson @KevinMNicholson
11 hours ago
Thanks to our friends at @WisconsinMC, @WILawLiberty, @WI_Majority and @justicegableman for making their way to Hudson tonight for our January Forum! https://t.co/HgU8sX6FPz
View on Twitter
4
0 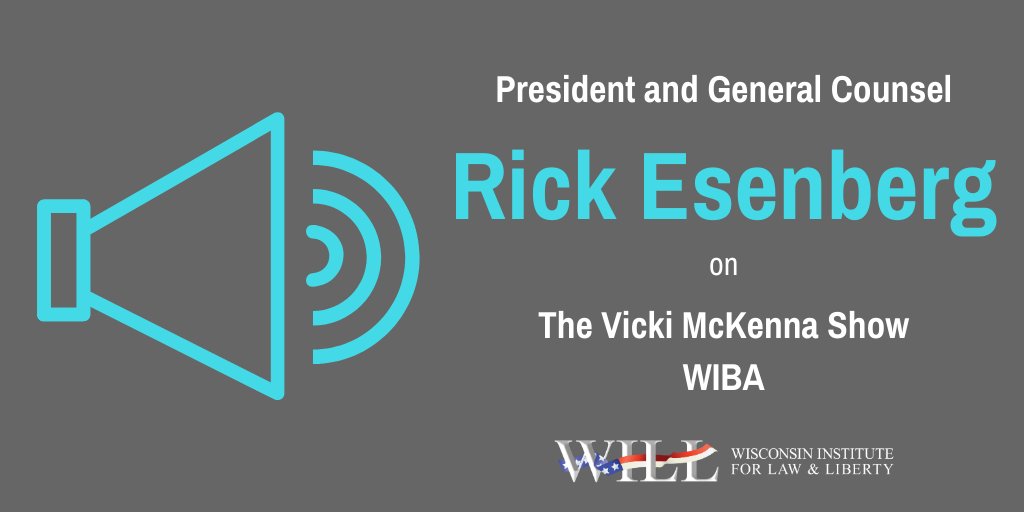