DPI Spox Says Homeschooling Quote Was Taken Out of Context

A quote by State Department of Public Instruction Spokesman Thomas McCarthy suggests he doesn’t believe parents are qualified to home school their children. McCarthy tells Media Trackers that he was quoted out of context. But the TV station that reported the story appears to be standing behind it.

The quote in question comes in a story from WBAY television in Green Bay on the differences between regulation of public schools and parents who teach their children in the home. From the story:

Wisconsin law requires all public school teachers to have a Bachelor’s Degree and professional training to qualify for a teaching license. Homeschool parents don’t face the same qualifications.

“Not to demean parents, but homeschool is generally based on the concept that you come with the information or the pedagogy to be able to train a student, or in this case, your child. Most parents don’t have that capacity,” McCarthy says.

When we asked McCarthy about the quote via email, he responded that it was taken out of context: “I have requested an update to her story as this quote was taken completely out of its context. She asked me ‘why don’t more parents choose to homeschool?’ The quote I gave was in response to that question.”

McCarthy told Media Trackers that he doesn’t believe the homeschooling experience is inherently inferior to a public education experience. We told McCarthy that his quote suggests he didn’t believe parents were qualified to teach their own children and asked whether he believe the online resources for homeschooling properly equips parents for the task: “I was responding to why more parents choose not to homeschool. In the right circumstances, it can.”

McCarthy’s boss at DPI is Tony Evers, the Democratic candidate for governor. Education issues are expected to play a large role in the race between Evers, DPI Superintendent and Incumbent Republican Governor Scott Walker. Walker has dubbed himself the “education governor.”

Up In Smoke: Evers’ Claim About Pot And Prison Quietly Disappears

Senate Still Focused On Budget But Moving On Foxconn

WILL @WILawLiberty
33 minutes ago
NEW WILL STUDY: $3.2 Billion in economic benefits to #Wisconsin with growth of #SchoolChoice 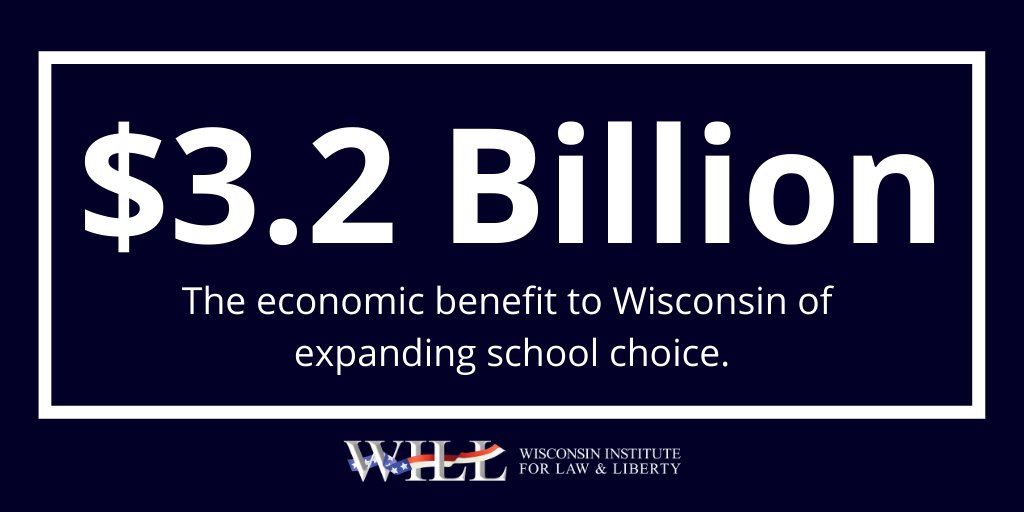 WILL @WILawLiberty
2 days ago
The Fight to Clean Up Wisconsin's Voter Rolls | National Review https://t.co/QXPhvcKBPQ
View on Twitter
7
8