While the recovery from the recession of 2008 has been slow but steady, the rising economic tide has not affected all households equally. Here we discuss recent data which shows that over the past year households in Wisconsin have experienced relatively strong income growth, which continues the trend of the past five years. Moreover, since 2010 the income distribution in Wisconsin has shifted up, with fewer low income households, a relatively stable middle class, and an increase in the number of higher income households.

Although aggregate economic data comes out frequently, household data is more infrequent. This week there were two separate releases from the US Census Bureau with new estimates on the distribution of income in 2017, the Income and Poverty report which uses data from the Current Population Survey Annual Social and Economic Supplements, and the American Community Survey (ACS), which is a detailed annual survey providing detailed demographic data. I discuss this latter source, which is typically viewed as more accurate and also because the Public Use Microdata Sample (PUMS) allows me to carry out my own calculations. 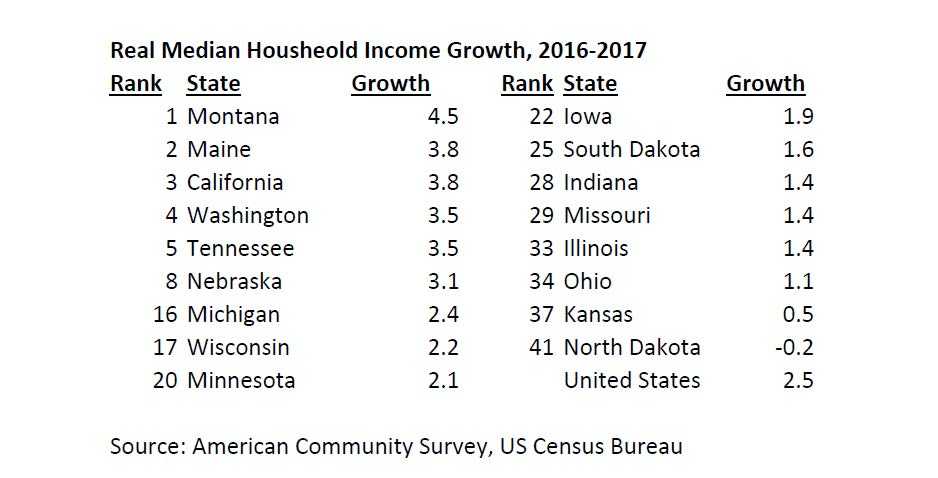 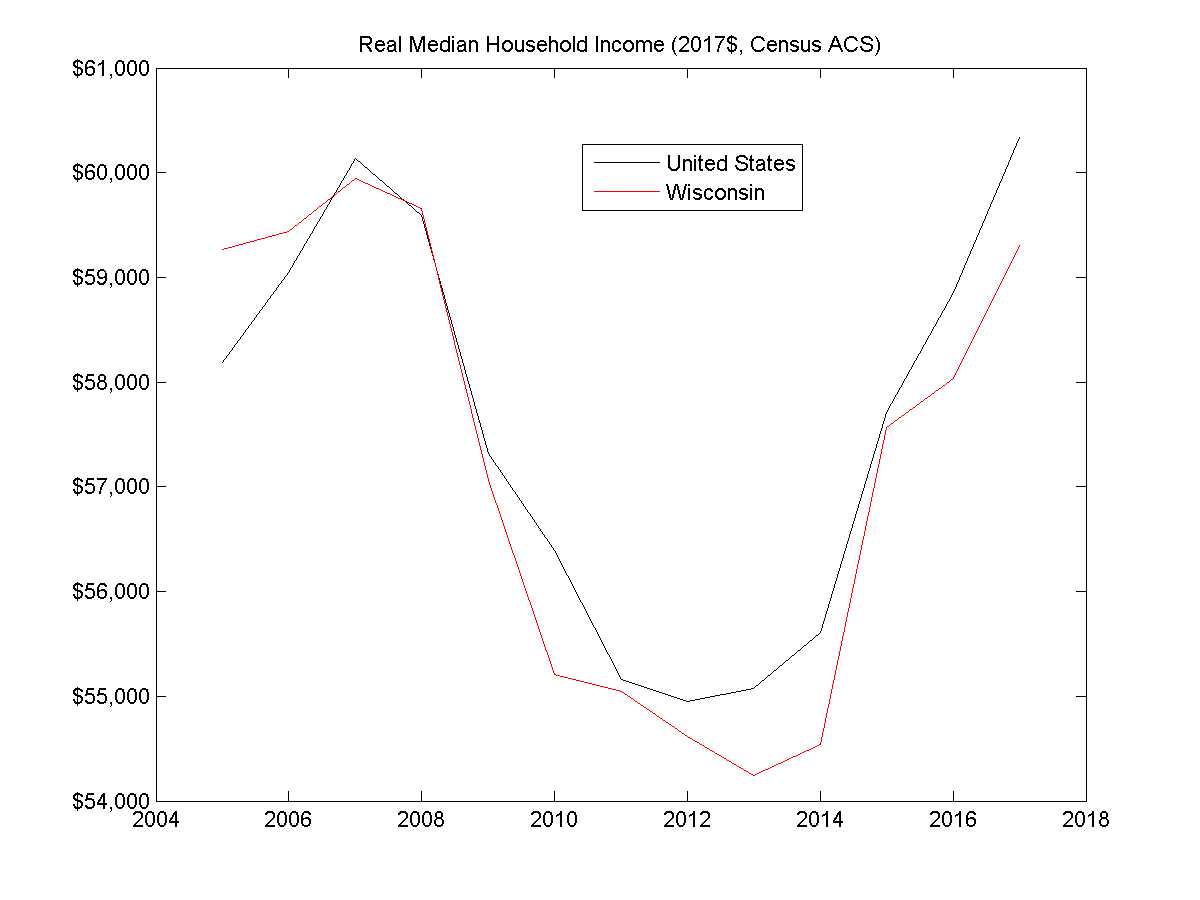 Looking over a longer span shows the severe toll that the recession took on households nationwide, but particularly in Wisconsin. After reaching a peak in 2007, real median household incomes fell sharply during the recession and the initial years of the recovery. This fall was particularly acute in Wisconsin, as real median household income in Wisconsin fell more than the national average, 9.5 percent vs. 8.9 percent from peak to trough, and for a longer span, bottoming out in 2013 as opposed to 2012 nationwide. Incomes nationwide have now recovered and surpassed their pre-recession peak, but 2017 incomes still remain slightly below the peak in Wisconsin. This difference is largely due to the sharp decline during the recession in Wisconsin, as after 2010 real incomes have grown 7.4 percent in Wisconsin vs. 7 percent nationwide. 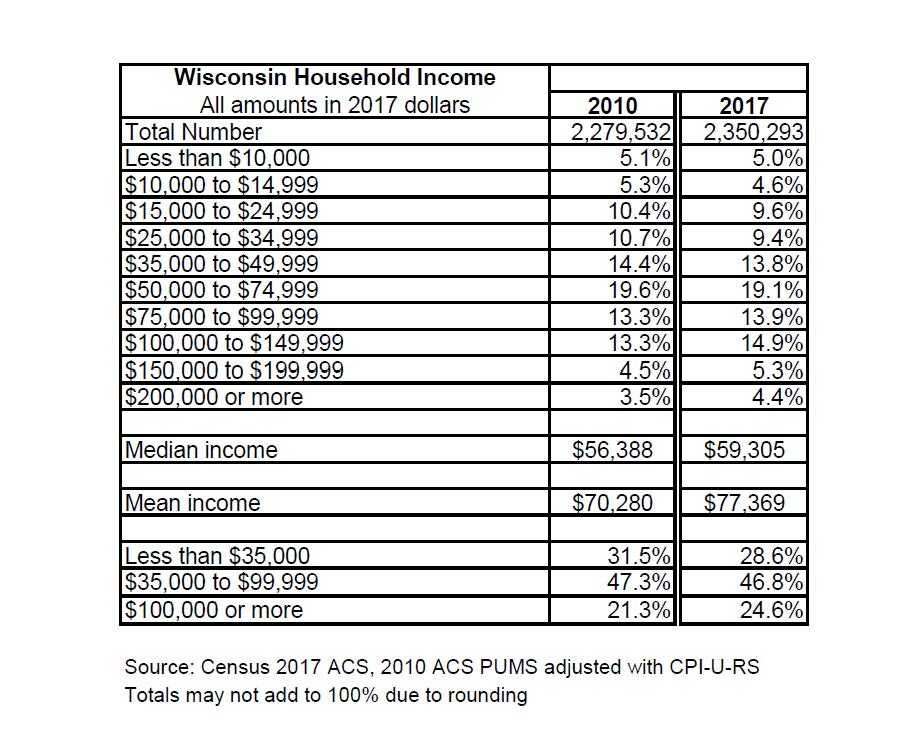 The growth in incomes has occurred across the income distribution in Wisconsin, as the table above makes clear.  Since 2010 the income distribution in Wisconsin has shifted up, with fewer low income households, a relatively stable middle class, and an increase in the number of higher income households. The right column provides the distribution across income ranges from the most recent 2017 ACS release (for which the PUMS data is not yet available).  The left column uses the PUMS data from 2010 and calculates the distribution across the same ranges, after converting the 2010 income data to 2017 dollars.  Every income group below $35,000 now comprises a smaller fraction of households, and every income group above $75,000 now has a larger share of the total. Overall, there was a decline of 3 percentage points in lower income households (below $35,000), a roughly constant share of middle incomes ($35-100,000) with a decline of 0.5 percentage points, and a gain of nearly 3 percentage points in higher incomes (above $100,000).

From the Center for Research on the Wisconsin Economy.

Wisconsin to expand coronavirus testing to rest of the state