Evers Could Raise Taxes $7.2 Billion According to Walker Campaign Figures

“While Evers refuses to tell taxpayers how much money he plans to take out of their pockets,” the memo said. “Even the most basic questions by media have revealed upwards of $7.2 billion in tax increases that are possible under his plans, based on proposals he has cited or the best examples available of the policies he’s pushing.”

“I would support looking at anything,” Evers said. “Whether it’s removing tax credits, whether it’s slimming down state government, whether it’s gas taxes. Everything is on the table.”

Evers has since backed away from the statement, accusing Republicans of making things up. However, Evers later told the Milwaukee Journal Sentinel, “I have no range.”

“My answer has consistently been all issues (are) on the table, whether it’s cutting spending, whether it’s gas tax, tolls — whatever,” Evers said.

The Evers campaign did not respond to a request for a response to the Walker campaign memo.

In addition to raising the gas tax, the memo criticized Evers for supporting the repeal of the Manufacturing & Agriculture Tax Credit. Ostensibly to finance a “middle class tax cut” of a 10 percent reduction in the state income tax for those earning less than $100,000 annually, eliminating that credit would raise taxes by $590 million over two years. The tax shift would hurt family farms and manufacturers which in turn would reduce the economic opportunities for the middle class.

Evers has also supported removing the caps on spending by local school districts which would raise property taxes. While the memo noted that the cost of this tax increase “has infinite possibilities,” just one exemption to the cap for green energy projects cost taxpayers $217 million.

A Statement from Governor Scott Walker on the Extraordinary Session

Former Elections Chief Hanging Around Six Months After Stepping Down 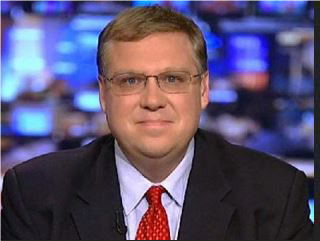