If George Webbs gives away free hamburgers after 12 Brewer wins in a row, what do Wisconsinites get with record low unemployment for eight months in a row?

How about jobs for everyone?

The office of Governor Scott Walker announced Thursday that unemployment is below three percent for the eighth month in a row.

“Wisconsin is continuing our record of economic success with our eighth straight month of unemployment at or below 3%,” said Governor Scott Walker in a statement Thursday. “This is a huge change from where our state was eight years ago with an unemployment rate of 9.3% in January 2010. With our thriving economy and workforce development, we will continue to build on our state’s success. We are moving Wisconsin forward.”

According to the Department of Workforce Development (DWD), the revisions of the August unemployment numbers and the preliminary September numbers continues the trend of unemployment below three percent. The report also indicates continued job growth in Wisconsin.

“The fact that our unemployment rate has been at or below three percent for eight straight months speaks volumes about the strength of the Wisconsin economy,” Allen said. “Year over year, we’ve experienced significant growth in private-sector jobs, with manufacturing leading the way. These are family-supporting jobs that bring stability to our communities and help keep the Wisconsin economy diverse and strong.”

Walker’s Democratic opponent in the November election, Superintendent of Public Instruction Tony Evers, has proposed removing the tax credit for manufacturing which many credit for the growth of manufacturing jobs in Wisconsin.

In addition to the growth in the number of jobs, workforce participation continues to remain high. “Wisconsin’s labor force participation rate in September was 68.6 percent, nearly six percentage points higher than the national rate of 62.7 percent,” according to the DWD report. 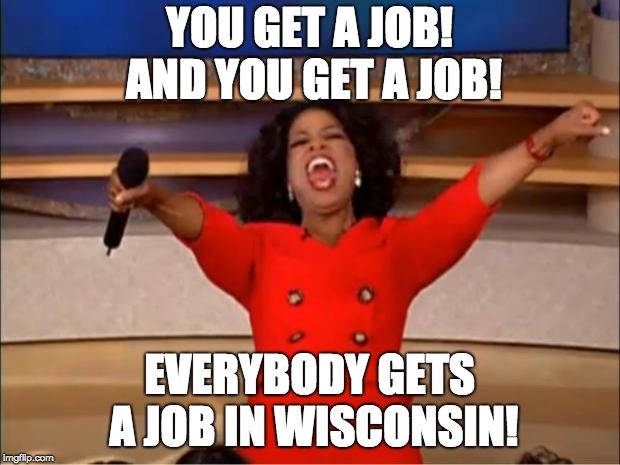