Will Kamala Harris Wear Her Busing T-Shirt On Milwaukee Visits?

Sen. Kamala Harris (D-CA) will need a strong turnout by Milwaukee’s (and Wisconsin’s) Black voters to prevail in next year’s Wisconsin’s presidential primary election. In advance of a visit to the state, she might read up on Milwaukee’s disastrous experience with desegregation school busing, a failed “progressive” policy carried out to the distinct disadvantage of Black families.

Harris has put some space between her and other challengers with this verbal swipe, in a recent debate, at frontrunner Joe Biden: “…[D]o you agree today that you were wrong to oppose busing” for school desegregation?”

When it became clear the attack had legs with liberal Democrats, her campaign website began featuring a T-shirt with a picture of her as a young girl. The image evokes her line during the debate — “that little girl was me” — about her personal experience with busing.

It’s been two decades since citizens reached a consensus that Milwaukee’s forced busing program was a failure. Consider this from a 1999 Journal Sentinel article:

Matching a nationwide…trend, Milwaukee-area residents strongly oppose the practice of busing children from one neighborhood to another for the purpose of integration, according to results of an extensive Journal Sentinel poll.

Of the 800 adults polled…in the metropolitan Milwaukee area, 73% said they did not support busing for integration – a resounding condemnation of two decades’ worth of social policy in the city.

Opposition to busing was slightly less strong among respondents who live in the city (66%) but still represented a solid majority. By race, 78% of white respondents opposed busing; 56% of blacks opposed the policy.

This public sentiment clashed with the approach of Milwaukee’s civic and business leadership and their cheerleaders at the Milwaukee Journal and Milwaukee Sentinel. In those quarters — where the adverse impact largely was unfelt —  there was strong support for the forced busing plan developed to comply with a 1976 federal court ruling.

Dissenters included: Howard Fuller, Polly Williams, and a faction of the city’s Black community; yours truly, author of a lengthy analysis of the establishment-backed plan; Mayor John Norquist, displaying his refreshing readiness to reject conventional wisdom; and liberal journalists Bruce Murphy and John Pawasarat, authors of a 1986 Milwaukee Magazine piece headlined “Why it Failed: Desegregation 10 Years Later.” (To say that Murphy and Pawasarat were ahead of the media curve is putting it mildly.)

After being confronted in the debate by Harris, Biden has conducted a pitiful campaign of bobbing and weaving. Instead of answering “NO” to her question, he has backpedaled into a spate of unpresidential waffling. He should have disputed her history and gone on to cite experiences in cities such as Milwaukee and Boston to justify his skepticism about forced busing.

In the early 1980s, Fuller had laid bare the disruptive and disproportionate burden placed on Black families and children with the supposedly “peaceful” desegregation plan implemented in Milwaukee. His doctoral thesis at Marquette University blew a hole in sanitized and misleading reporting at the Journal and Sentinel. Maps that I included in my separate study confirmed Fuller’s claim that Black students from individual neighborhood schools were being bused to as many as 100 separate schools across the city.

There was no room in the [Black] school[s] — [they were] usually overcrowded to begin with…Black students had to move to accommodate whites. Some African American parents complained about waiting lists to get into what had been their neighborhood schools…Now that their schools had more desirable programs [for white students], they could no longer attend them.

Nelsen wrote this in 2012, decades after Fuller endured mainstream derision for making exactly the same assertion. It was not until the late 1990s that David Bennett, a deputy to former Milwaukee Public Schools Superintendent Lee McMurrin, admitted that the forced busing plan he and McMurrin developed was built around “white benefit,” namely, the goal of reducing “white flight.” Bennett’s stunning confirmation produced exactly one story in the local press, at which point the editors and the rest of Milwaukee’s establishment “moved on.”

Milwaukee’s experience paralleled that of Boston. Following the Harris-Biden exchange, Boston Globe columnist Jeff Jacoby wrote a column under the headline “Biden was right. Busing was wrong.”  He said:

In the days following the [Harris-Biden exchange], the liberal media chorus declared that of course opposition to forced busing was wrong, of course Biden had been on “the wrong side of history,” and of course he should acknowledge the error of his ways. A visitor from Mars could be forgiven for assuming that racial busing had been wise and beneficial, and that no reasonable mind could deny it.

On June 21, 1974, US District Judge W. Arthur Garrity issued an order to desegregate Boston’s public schools through massive crosstown busing of the city’s schoolchildren. It was the first of what would add up to some 400 orders signed by Garrity over the next 11 years, and it had the staunch support of Boston’s most important institutional voice of racially enlightened liberalism: The Boston Globe.

Twenty years later, the Globe’s support had vanished.  “Busing has been a failure in Boston,” the editorial board concluded bluntly in June 1994. “It achieved neither integration nor better schooling.” Repudiating the “delusions and pretensions that drove the busing controversy,” the Globe called for an end to the “obsessive, dead-end tinkering with racial proportions”…

…In 1982, a Globe poll found that only 14 percent of black Boston parents still favored busing. The overwhelming majority preferred a free-choice plan, allowing parents to send their children to any public school in the city. In practice, that would have meant schools their kids could walk to.

When Kamala Harris visits Milwaukee and Wisconsin in coming days, will the Journal Sentinel step up and ask her to reconcile her rose-colored vision of busing with the reality of its experience in Wisconsin?

WILL @WILawLiberty
37 minutes ago
WILL Deputy Counsel Anthony LoCoco joins Matt Kittle, in for @VickiMcKenna, on @1310WIBA at 4:15 today. WILL sent a letter to @RacineUnified warning the District that it needs to meet legal obligations to bus students to private schools. 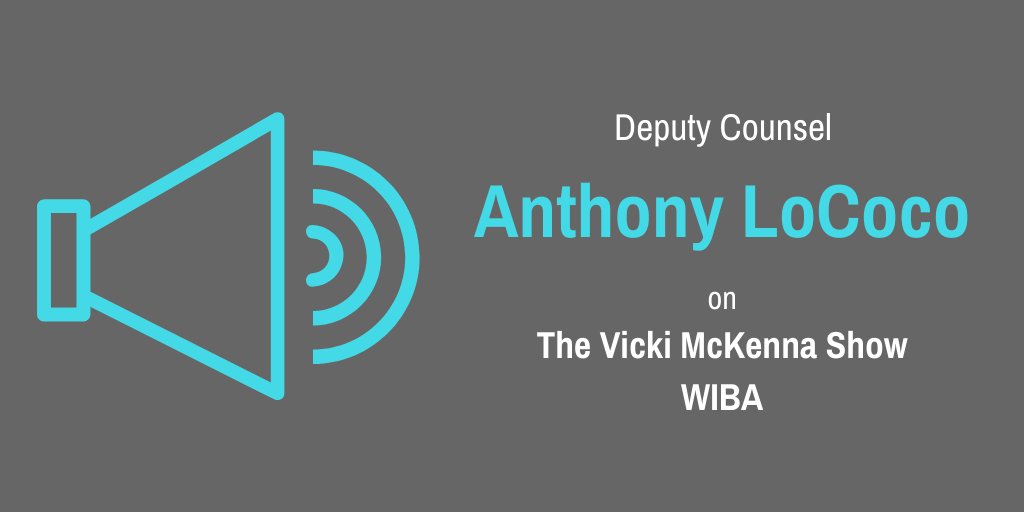 WILL @WILawLiberty
3 hours ago
WILL Deputy Counsel Anthony LoCoco said, “Racine Unified knows they have a legal obligation to local students attending private schools. The District should make this right. Students don’t need any more challenges this year.” https://t.co/CvJo60X5dp
View on Twitter
1
2

WILL @WILawLiberty
3 hours ago
NEW: WILL warns @RacineUnified that they must meet their legal obligation to bus students to local private schools.

WILL @WILawLiberty
1 day ago
SAVE THE DATE: WILL President @RickEsenberg will be featured on this @Heritage panel on election integrity and the 2020 election on August 18.