The Wisconsin government agency in charge of education will now allow parents to amend their applications for the state’s school choice voucher programs, following a settlement in a lawsuit brought by a family whose children were blocked from a private voucher school.

In May, the Olguin family sued the Department of Public Instruction (DPI) when their application for two of their three children to enroll in the Wisconsin Parental Choice Program was denied because the family made $47 too much to qualify. The Olguins were denied the opportunity to amend their application as DPI had a “one and done” approach to school choice voucher requests.

In response to the lawsuit, DPI dropped the bureaucratic roadblock to parents seeking educational choices, a decision praised by the Wisconsin Institute for Law & Liberty (WILL) which represented the Olguins, Heritage Christian Schools and School Choice Wisconsin Action (SCWA).

“DPI’s decision to abandon their illegal policy is a welcome one,” said Lucas Vebber, Deputy Counsel for WILL in a statement Thursday. “WILL is prepared to stand with all Wisconsin families who want to attend the school that meets their needs.”

WILL dropped the lawsuit on June 26 after the “memorandum of understanding” was completed.

The decision by DPI to change their policy was praised by the president of Heritage Christian Schools.

“We are very happy that the Olguin family will receive the school choice funding they were qualified to receive,” President John Davis said. “It is satisfying to know that other parents who face similar circumstances in the future will be able to have their cases reviewed.”

Vukmir Calls for End of Character Assassination of Kavanaugh 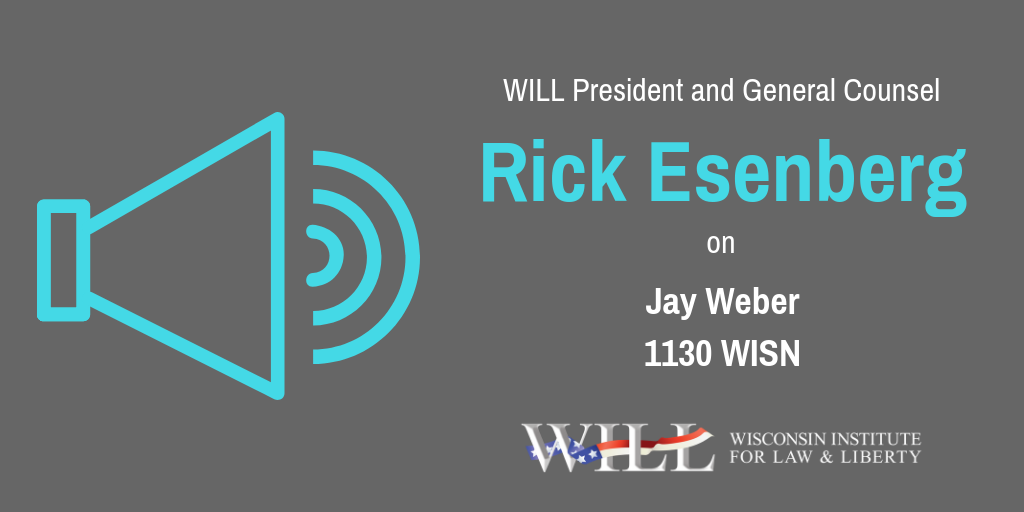